End of the year 100k giveaway

"Life is like riding a bicycle. To keep your balance you must keep moving." - Albert Einstein

"Make the lie big, make it simple, keep saying it, and eventually they will believe it." - Adolf Hitler

Staff Quotes!
"No Appeals are for SillyLegit type of cases" - PhantomPear
"If it ain't white, it ain't right" - ZeGoldenPug
"The Pandahut staff team should be a reality TV show." - Hardium
PizzaHut does our sandwiches - Snuffy
<15:21:52> "Aren": If i have cancer does that mean you have cancer?
<15:21:53> "Rose": mhmm
Holy Satan - Miku
I smell shit, it's my cat shitting on the floor! * throws mic * come here you bitch i will slit your throat * picks up mic* the cat fell down the stairs - Ze Golden Pug
I wanna fuck a potato but we all can't have what we want - Aren 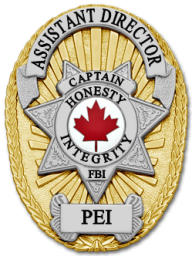