Post Your Ideas or Suggestions for our RP Servers Here!
Reply

By Mr Pepe -  July 31st, 2019, 4:39 pm
-  July 31st, 2019, 4:39 pm #170092
Hello, I feel that 3rd person in Roleplay is unrealistic and broken. Kidnappers use this advantage to kill cops every time.
They can just stand behind a wall and see the cops approaching, while cops can't see them at all. This is really an issue because this makes their role op and there is no any joy of rescuing kidnaps because of such an advantage they have.
I ask Admins to post a poll on forums to remove 3rd person from Roleplay. Thanks for reading this quick post and have a good day.

By Pablo Escobar. -  July 31st, 2019, 5:53 pm
-  July 31st, 2019, 5:53 pm #170093
ah yes hey, yes you to the right, yea left Hey! You on the right yes yes on the left YES! in the middle... It is me Pablo.
i gotta agree with this, 1st person makes everything much more interesting, and 3rd person just makes people stand behind a wall until someone peeks.... it's boring and destroys the rp experience. i have not played with 3rd person yet on pandahut ina kidnap, but i bet it would be boring, ppl just sitting behind a wall for litterally 4 minutes until someone peeks. +1 remove 3rd person.
Currently married to Outspace

I am the leader & Founder of The Medellín Cartel

My signature is plata o plomo

Cheers for The Medellín Cartel

Don't mess with Me 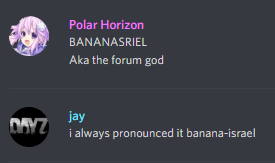 I am the leader & Founder of The Medellín Cartel

My signature is plata o plomo

Cheers for The Medellín Cartel

Don't mess with Me

Yes but in real life, there is no third person in vehicles. It is only first person. So if third person it removed, it should be removed for both the person and vehicles to make it more “life-like”.

My main arguement would be that it's broken for certain roles which is not so fun to play against, Imagine waiting 5 minutes as a kidnapper behind a wall for cops to come and just shoot them without them even noticing you. I often see people do that.